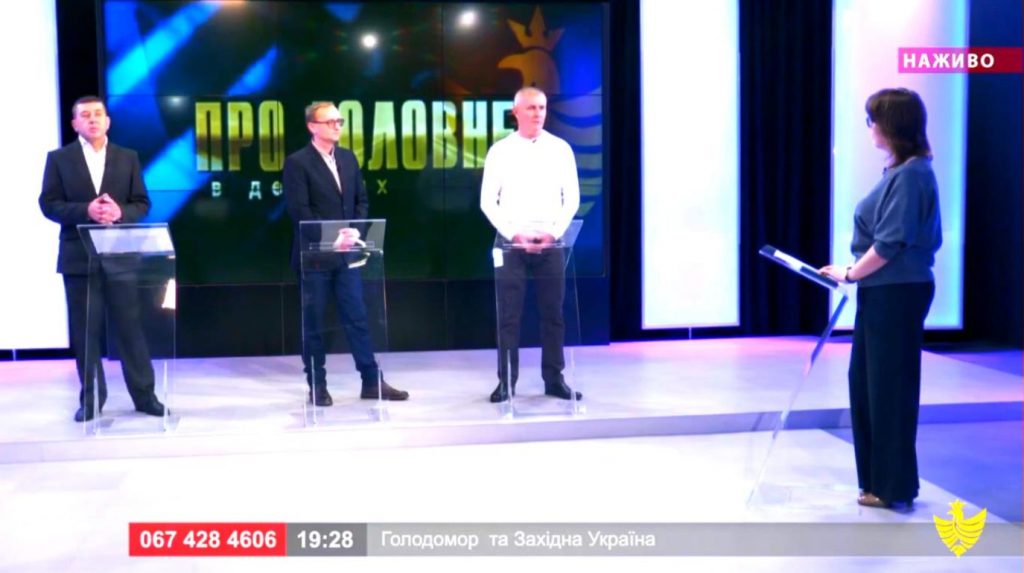 November 26, 2021 Stepan Kobuta, Candidate of Historical Sciences, Associate Professor of the Department of History of Ukraine and Methods of Teaching History, together with Bohdan Maksymets, Candidate of Political Science, Lecturer at Ivano-Frankivsk Professional College of Vasyl Stefanyk Precarpathian National University, and Roman Chornenky, Candidate of Historical Sciences , a researcher at the Heroes of the Dnipro Museum of the National Military History Museum of Ukraine, took part in the information and analytical program of the regional television “Galychyna” “On the main thing in detail”. The topic of the TV show is “Holodomor and Western Ukraine”.

In his speech, S. Kobuta spoke about the reaction of Western Ukrainian society, Ukrainian publications to the news of the large-scale famine of 1932-1933, organized by the communist authorities in Soviet Ukraine to curb Ukrainian peasants. He spoke about the activities of the Ukrainian Public Committee for the Salvation of Ukraine, which emerged in Galicia at the initiative of the UGCC and Ukrainian public and political institutions, a campaign to raise food and funds to help the starving in the USSR. The motives and the fact of OUN member Mykola Lemyk’s political assassination of Soviet consular officer O. Mailov in Lviv, the reaction of society and the international community to this act, and the position of the OUN leadership were also detailed. During the program, the degree of reflection of the Holodomor and Western Ukraine in school textbooks was discussed, as well as the need for wider coverage of this page of national history in educational and scientific literature.

More details at the link:
https://galtv.if.ua/video/pro-golovne-v-detalyah-pro-rokovyny-golodomoru-s-kobuta-r-chornenkyj-b-maksymec