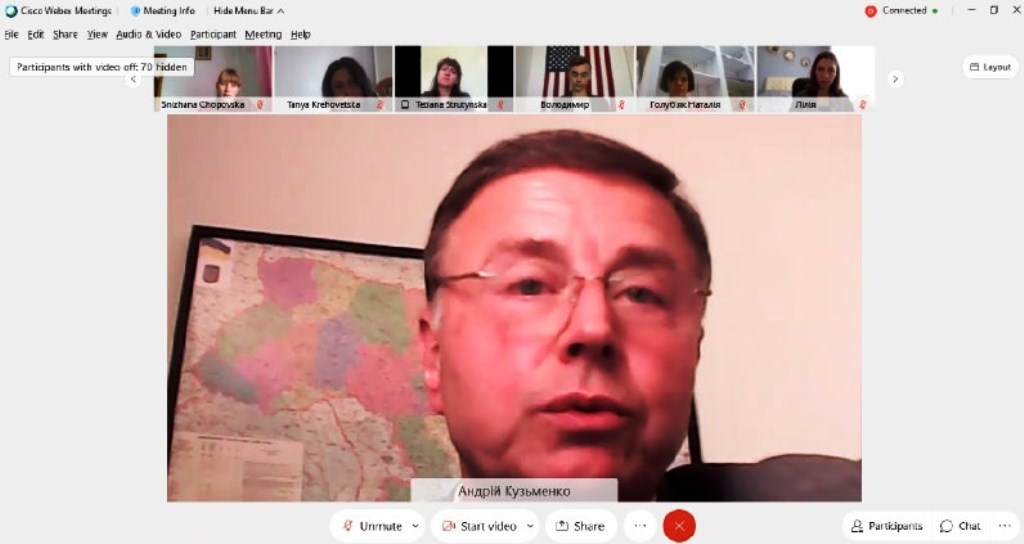 During the meeting, the famous Ukrainian diplomat shared his own experience in the diplomatic service, spoke about the challenges of Ukrainian diplomacy in particular, and diplomacy in general. During the online conversation, Ambassador Extraordinary and Plenipotentiary of Ukraine to the State of Qatar Andrii Kuzmenko drew students’ attention to the current issues for Ukrainian diplomacy: countering Russian aggression, creating the Crimean platform and interacting with Ukrainians living abroad.

Andrii Kuzmenko briefly spoke about the State of Qatar, its state system, administrative division, and economy. The diplomat answered a number of questions put by the participants of the online meeting. In conclusion, Ambassador Extraordinary and Plenipotentiary of Ukraine to the State of Qatar Andrii Kuzmenko gave future diplomats some advice:“Crave for knowledge, thirst for learning the languages ​​and cultural peculiarities. This is what makes you a diplomat and a bright person with whom your counterparts will not only communicate but also respect.

I really like a statement of the American diplomat Charles Freeman: “Beware of those people who are able to speak 12 languages ​​and are not able to think in any of them.” Think, analyze your life, set clear plans for yourself and follow them”.

The organizers of the virtual meeting thanked the Ukrainian diplomat Andrii Kuzmenko for participating in the project and for a great opportunity to communicate. The project “Meeting with Diplomats” was launched and implemented at the Department of International Relations at the initiative and with the assistance of the Rector of the University, Professor Igor Tsependa,