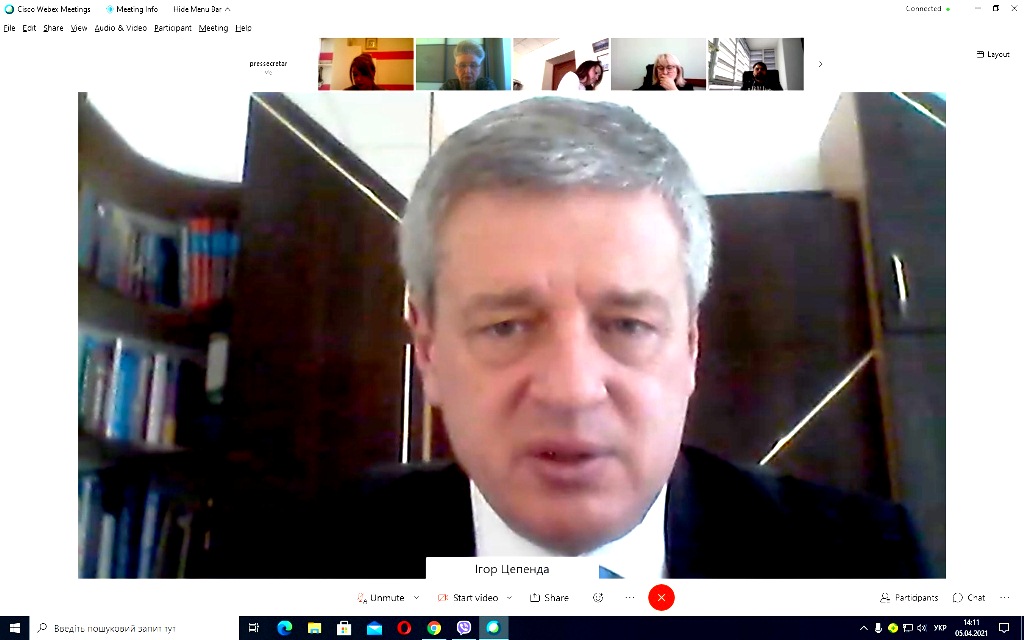 The Reporting Scientific Conference of professors, scientists, doctoral students, post graduates and university students for 2020 has started at the university. On April 5, its plenary session took place, which was attended by 650 scientific and pedagogical workers. The event was held online.

The introductory speech was made by the rector of the university, doctor of political sciences, professor Ihor Tsependa. First of all, he noted scientists, post graduates and students of the university, who for significant scientific achievements and personal contribution to the development of national science in 2020 were awarded state awards, received international awards and honorary titles, became state scholars and winners of competitions.

“All this testifies to the fact that we are not only in the sight of Prykarpattia, but also of Ukraine and beyond. The achievements that we have been able to implement show that we are not losing our momentum”, said the rector.

“We must not only form the scientific skills of our students, but also form a strong  foundation of young scientists who will eventually enter our university. We need to work harder and attract young and talented students to scientific work and to improve our students’ scientific potential, “he said.

At the end of his speech, the rector of the University Ihor Tsependa thanked the Vice-Rector Valentyna Yakubiv and the research staff of the university for a systematic approach to the organization of research work and wished them further fruitful work for the development of the university.

Remote plenary sessions of sections and subsections in structural divisions of the university will take place on April 6-8. On April 9, an online final meeting of section leaders will be held.